The Canadian Coast Guard Ship Griffon is anchored at the Cornwall, Ont. port on Wednesday, Dec. 21, 2016. The ship was taking buoys out of the St. Lawrence River in anticipation of the seaway shutting down on Dec. 31. (Newswatch Group/Bill Kingston)

CORNWALL, Ont. – The St. Lawrence Seaway shipping channel from Montreal to Lake Ontario has shut down for the season.

The seaway shut down at noon on Saturday (Dec. 31).

It’s been a challenging year for the Great Lakes-St. Lawrence Seaway System.

As of the end of November, nearly six per cent less cargo had moved through the transportation network – mainly due to losses in coal, dry bulk goods and iron ore.

In fact, all categories of shipping were down except for one – a nearly 20 per cent jump year-over-year for liquid bulk shipments.

As for shutting down the seaway, the Canadian Coast Guard Ship Griffon was in Cornwall on Dec. 21 as she worked to remove buoys from the St. Lawrence River.

The buoys are replaced with winter ice spars (a winterized marker). 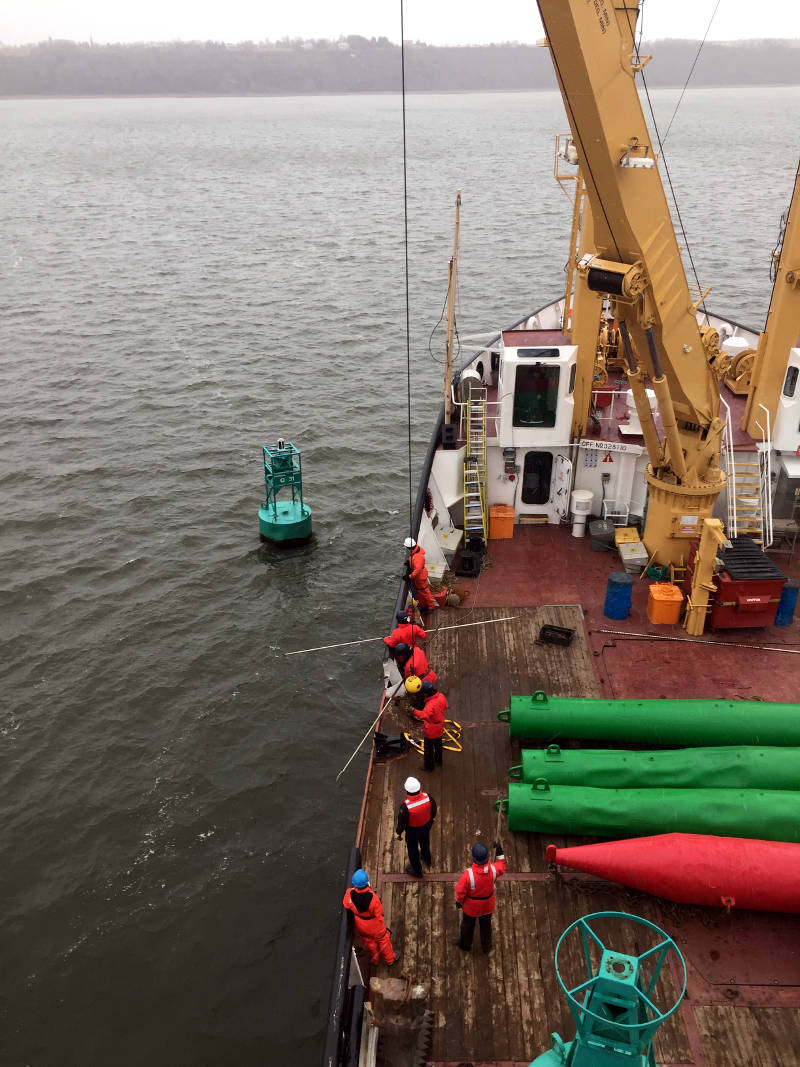 In this photo provided by the Canadian Coast Guard, members of the CCGS Griffon get ready to pluck a buoy out of the St. Lawrence River. The buoys are replaced with winter ice spars (laying on the deck of the ship). (Canadian Coast Guard via Newswatch Group)

The Griffon was sporting a new makeover, having gone through a retrofit in Quebec City, which included new water piping, electrical work, galley refurbishment and a main engine overhaul.

Her home port is Prescott, Ont.